Austria’s accession record to relevant human rights treaties is generally good, but it retains several significant reservations to statelessness-specific instruments, which impact on the right to a nationality. Some data on the stateless population in Austria is available, but different nationality categories are applied inconsistently by different authorities, so its reliability is limited.

On the prevention and reduction of statelessness, Austrian law establishes some partial safeguards, but there are also significant gaps. Provisions to protect the right to a nationality of children born stateless in Austria are not in line with the 1961 Convention and the Convention of the Rights of the Child, foundlings only acquire Austrian nationality up to the age of six months, and jus sanguinis provisions for children born to Austrian nationals abroad are discriminatory. While the legislation largely prevents statelessness as a result of loss and deprivation of Austrian nationality, some gaps exist in line with Austria’s reservations to the 1961 Convention and the European Convention on Nationality. Birth registration law and practice are generally good and do not create a risk of statelessness. However, legal and practical barriers exist for stateless people to access late birth registration.

Austria is state party to all relevant international and regional instruments, including the four statelessness-specific conventions. However, it retains significant reservations to these, which impact substantially on the rights of stateless people and the right to a nationality. Austria’s reservations to the European Convention on Nationality are particularly far-reaching, permitting gender discrimination in the acquisition of nationality by descent; limitations on the acquisition of nationality by foundlings; no facilitation of naturalisation for stateless people; and deprivation of nationality resulting in statelessness in some cases. Furthermore, international law does not have direct effect in Austria, and several important international standards have yet to be implemented in domestic law.

There are several partial sources of disaggregated data on stateless people in Austria, including the last (2011) census, the Central Register of Residents, and data on naturalisations, births, deaths, and residence permits. The Ministry of Interior also reports asylum data under the category ‘unknown nationality’, and records the nationality of immigration detainees, but it does not publish the latter. There is no statelessness determination procedure in Austria nor any guidance on how to apply the different nationality status categories in the data, so they are applied inconsistently and vary from one authority to another.

There is no definition of a stateless person in Austrian law and no statelessness determination procedure. Statelessness may be identified through other administrative procedures, including international protection or the procedure for acquiring a residence permit, ‘Fremdenpass’ (foreigners’ passport) or ‘tolerated stay’. However, none of these leads to a residence permit or rights on grounds of statelessness. Different authorities are responsible for different procedures and there is no public information nor instructions for authorities on how to identify or assess statelessness. Jurisprudence gives some guidance and has determined that the standard of proof should not be too high. Procedural safeguards such as access to legal aid, interviews and interpreting also vary depending on the procedure. Without legal residence on another basis, stateless people have access only to emergency medical care and primary education. There are several barriers to naturalisation including a lengthy residence requirement (ten years) and high fees, although stateless people may be exempted from providing certain documents in the naturalisation process.

There are gaps in protection to prevent the arbitrary detention of stateless people in Austrian law and practice. Statelessness is not considered juridically relevant in decisions to detain, and more than one proposed country of removal (or indeed none if the detained person cannot identify one) may be identified prior to detention. Detention should only be used as a measure of last resort, but lawyers report that this is not always the case and available alternatives are rarely applied in practice. Law and policy establish various procedural safeguards including a time limit, legal aid, decisions in writing, automatic periodic review, and remedies, but practical barriers to accessing these have been reported. There is little protection on release as identification documents are not routinely provided. It is possible to apply for a one-year renewable ‘tolerated stay’ permit if removal cannot be carried out, which provides access to basic assistance but is not considered lawful stay.

There are several gaps in Austrian law, policy and practice for the prevention and reduction of statelessness. Children born stateless in Austria must meet requirements that go beyond the 1961 Convention (such as ten years’ legal stay and application in a too-short timeframe), before acquiring Austrian nationality. Foundlings are considered Austrian until proven to the contrary, but the provision applies only to infants up to six months old. There are also gaps in safeguards in adoption procedures and provisions for the acquisition of Austrian nationality by children born to Austrian nationals abroad are discriminatory. Birth registration law and practice is generally good and do not create a risk of statelessness. There is facilitation for parents unable to present key documents, specifically in the asylum context. However, legal and practical barriers exist for stateless people to access late birth registration. Acquisition of Austrian nationality requires the person to have previously renounced all other nationalities, which may result in statelessness. There are also gaps in safeguards to prevent statelessness in some instances of loss and deprivation of nationality. 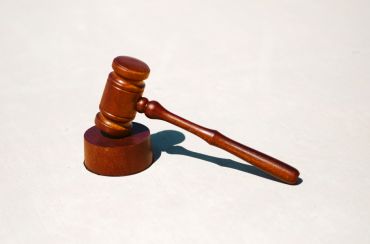 The Court of Justice of the European Union has issued a landmark judgment in the case of JY v. Wiener Landesregierung, case C-118/20, reinforcing...
18 Jan 2022 / Prevention and reduction / European Union / Austria