The legal and policy framework on statelessness in Germany has both positive and negative aspects. Germany is state party to relevant human rights instruments but retains two key reservations to the 1954 Convention concerning travel documents and social security entitlements. Comprehensive population data is published online, including on statelessness, but without a dedicated procedure to identify and determine statelessness, estimates for the stateless population remain inaccurate. There are other administrative procedures through which statelessness can be identified and some case law on the determination of nationality status; however, without a dedicated mechanism in place, stateless people are not granted a protection status nor rights, unless also recognised as refugees.

The law establishes that a country of removal must be set prior to detaining, and procedural safeguards are in place to protect against arbitrary detention. However, Germany has entered into readmission agreements that enable stateless people to be removed to countries of former residence, without guarantees of protection. German nationality law has provisions to prevent statelessness in some cases, but there is a legal residence requirement for children born stateless in Germany to acquire nationality, and problematic birth registration practices lead to inconsistencies in recording key data and access to birth certificates.

Germany is party to all the relevant regional and international instruments, except for the Convention on the Avoidance of Statelessness in Relation to State Succession, which it has signed but not acceded to. Customary international law has direct effect in Germany, but international treaties must be incorporated into domestic law. Three of the core statelessness conventions have been incorporated; however, on incorporating the 1954 Convention, Germany reserved the right not to implement Article 27 on travel documents, and to apply Article 23 on access to social welfare only to stateless people who are also recognised as refugees under the 1951 Refugee Convention.

Population data in Germany is comprehensive, with the Federal Statistical Office publishing a wide range of statistics. The online Genesis Datenbank allows for searches on a range of topics including nationality, legal basis for acquiring nationality, and types of residence permit held. A ‘stateless’ category is included but there are also overlapping categories, such as ‘unclear nationality’ and ‘Palestinian’. The Federal Office for Migration and Refugees regularly publishes asylum statistics, and parliament has undertaken inquiries into stateless refugees and asylum seekers, including on detention. However, there is no clear mechanism for identifying and determining statelessness in Germany, little awareness of the issue, and it is not clear how statelessness is recorded in administrative procedures. Detention data is not disaggregated by nationality status and as each federal state collects its own detention data, not all of it is aggregated and published at national level.

There is no dedicated statelessness determination procedure (SDP) in Germany, though statelessness may be identified during other administrative processes, such as refugee status determination or applications for residence or travel documents. However, none of these has determination of statelessness as an objective and there is no obligation to consider a statelessness claim, although some guidance has been developed by the administrative court on the determination of nationality status. The definition of a stateless person in German law is in line with the 1954 Convention, but without any residence rights attached to identification, protection is limited. In most cases, stateless people refused refugee protection are subject to removal with ‘tolerated stay’, which enables access to very basic assistance and restricted employment.

Alternative administrative procedures through which statelessness can be identified

Stateless status and other forms of status

A range of different types of immigration detention are provided for in German law under different rules and procedures, which include some protections against the arbitrary detention of stateless people. There is a requirement that a country of removal is identified prior to detaining someone. However, even where nationality status has not been confirmed, readmission agreements allow for stateless people to be removed to places of former residence. The law provides for relatively strong procedural safeguards, including a time limit, ex officio reviews, and judicial oversight. However, on release from detention, tolerated stay is often granted, which maintains the obligation to leave the country and does not protect stateless people from re-detention. Legal amendments passed in 2019 expanded the grounds for immigration detention, introduced a new category of tolerated stay for people with undetermined identity, and significantly tightened detention and deportation rules.

Some safeguards to prevent statelessness are provided for in German law, including in the case of foundlings, adopted children and children born abroad to German nationals if they would otherwise be stateless (though registration is required). However, there is no full safeguard to prevent statelessness in the case of children born in Germany and there are practical barriers to birth registration, including that registry officials are required to report people with irregular residence status to the authorities and birth certificates may not always be issued in practice. Provisions in German law require at least five years of continuous, legal residence, as well as evidence of statelessness in some cases, before stateless children born on the territory can acquire German nationality. All children born in Germany since January 2000, who have one parent with at least eight years legal and habitual residence, acquire German nationality automatically. 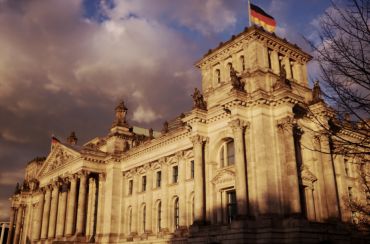 In June 2019, the German Parliament approved a new 'migration package' with tighter detention and deportation rules which may negatively...
1 Nov 2019 / Detention / Germany 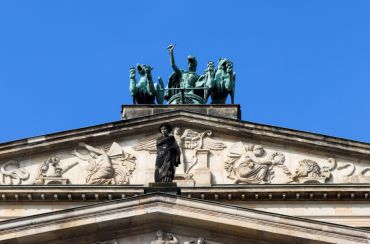 The Index update shows little progress towards addressing the remaining gaps in law, policy and practice in relation to statelessness in Germany highlighted last year. Although party to both the 1954 and 1961 Conventions, Germany still does not have a dedicated mechanism in place to determine statelessness and grant stateless people on its territory the protection they are due under international law.

Positively, the German Government committed to reviewing its reservations to the 1961 Convention at UNHCR’s High Level Segment on Statelessness in October 2019 in Geneva, but it failed to address the significant reservations it maintains to the 1954 Convention, which impact on the rights of stateless people in Germany. Changes were also made to the detention and deportation regime in 2019, which raise concern, among other things, about the impact on stateless people of increased weight on the duty to cooperate with the authorities to prove one’s identity.

New information added to the Index in 2019 also includes updated population data and new analysis on birth registration law and practice, which highlights some concerns in Germany about access to birth registration and certification for parents without residence status or who cannot meet stringent documentation requirements for birth registration.